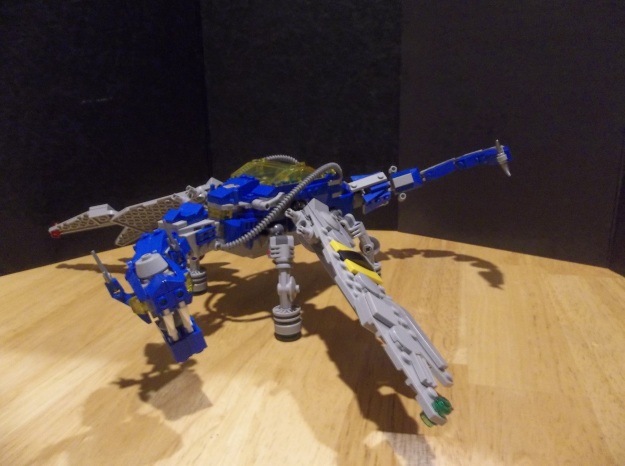 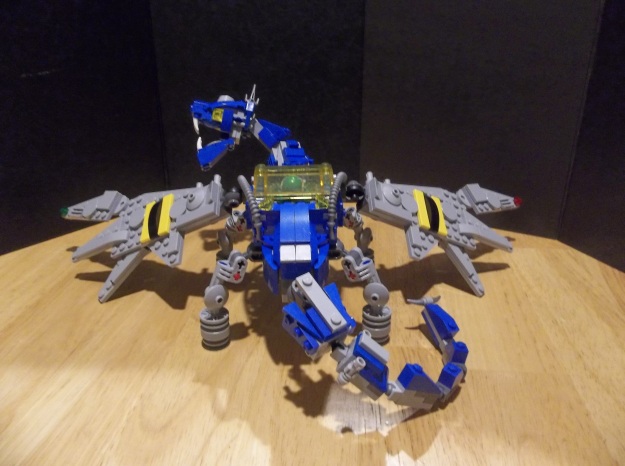 Combining my two favourite things to build into a single MOC, this is my “Elemental Dragon of Classic Space”. Apparently I have access to enough blue now to pull this sort of thing off.

We’ve seen “Elemental Dragons” of all manner of “elements”; I myself have built an Elemental Dragon of Steampunkery. LEGO likes elemental powers, and their list of elements is fairly extensive, with only tenuous connection to the various classical lists. I figure I’m on safe ground.

Whether it’s a spaceship shaped like a dragon or a dragon with spaceship-like features, I think any Sir Benny would be pleased with the result. It probably doesn’t breathe fire, but it might breathe plasma. By the same token, it doesn’t have any obvious laser cannons (possibly those stubs under the wings?), but a plasmatic breath weapon is almost as good. 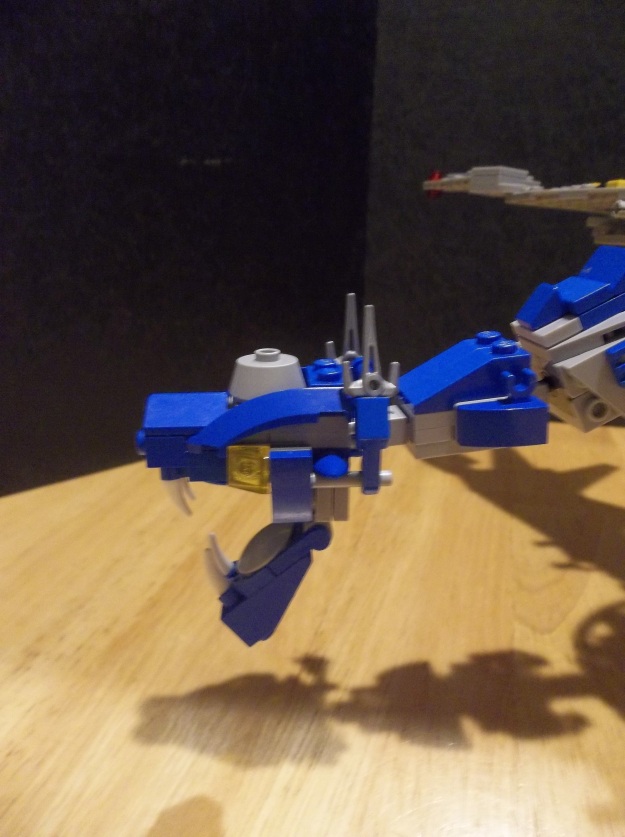 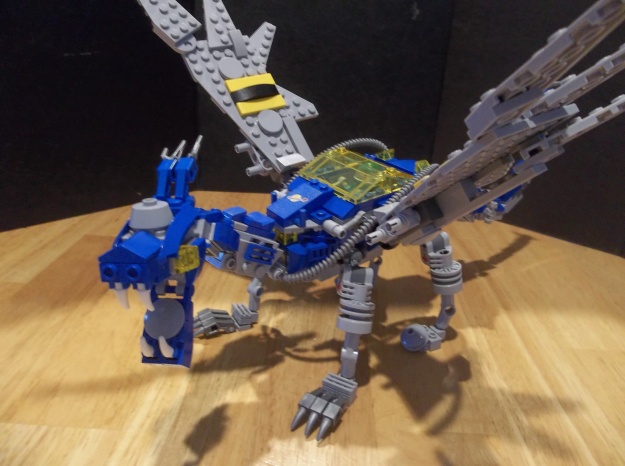 I tried out two different versions of the legs. The first, directly above, here, was a more draconic version, definitely dragon legs rather than anything else, and rather begged the question of how the creature/vessel’s propulsion worked.  It also had a couple of other tweaks, particularly the placement of the horns.

Then I decided that combination leg/thrusters was the way to go, abandoning the claws and slightly strange back feet for a quartet of engines. The resulting legs are a bit stubbier, and part of me is unsure about completely giving up on the claws, but it works better for being a spaceship and it’s still recogniseably a dragon. 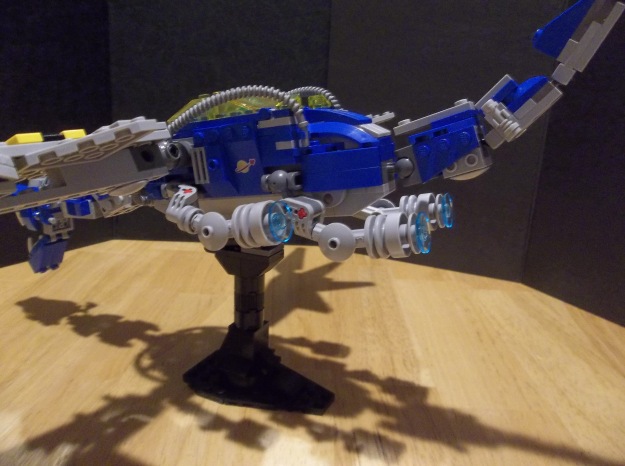 The wings are regrettably studded, but I used all of my available grey tiles to alleviate the problem and this was the best compromise I could manage between wings of an appropriate size and shape and total unwieldiness of weight. I’d have preferred a smoother finish, but you do what you can.

Likewise, a red or white astronaut would have looked better, but according to some suit classification schemes the green suits are mech drivers, so that does sort of fit. And I still have yet to purchase Classic Space astronauts in those colours, so I’m stuck with green for the moment. 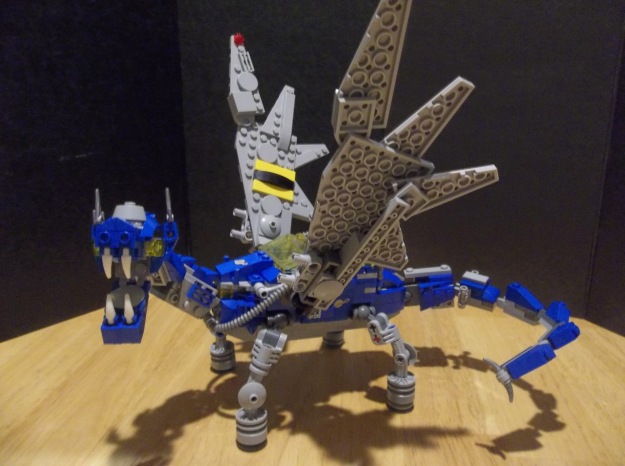