But it’s equally possible they aren’t.

Inspired by my Blacktron antiTurtle, the K19 Black Widow, I experimented with other variations on the basic circular-handle-and-3×3-dish theme and came up with this beetle-like robot design in Futuron colours.

I’m calling them Scarabs, which seems to fit with both the white-colours-and-light nature of the Futuron and with the bladelike front claws. Ancient Egyptian mythology is weird enough that they have a dung beetle pushing the sun across the sky (when it isn’t sailing in a boat or flying as a falcon or 89 other mutually-conflicting ideas).

Alas, I only have one white 3×3 dome and four white robotic finger elements, so the second one is an unpainted factory model, but I did manage more than one. Isn’t it strange when it’s a lack of some tiny element in a particular colour that stymies your building? 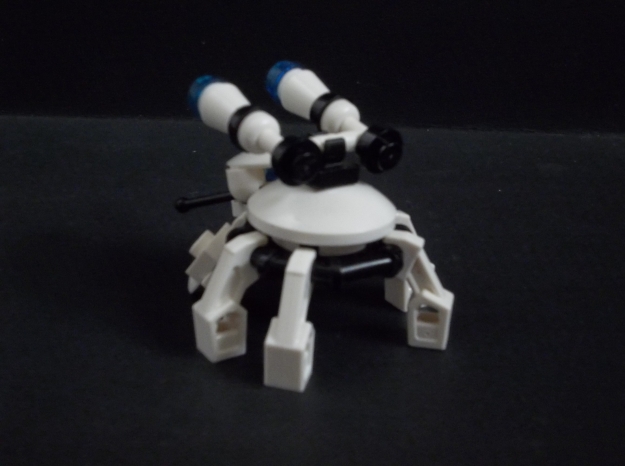