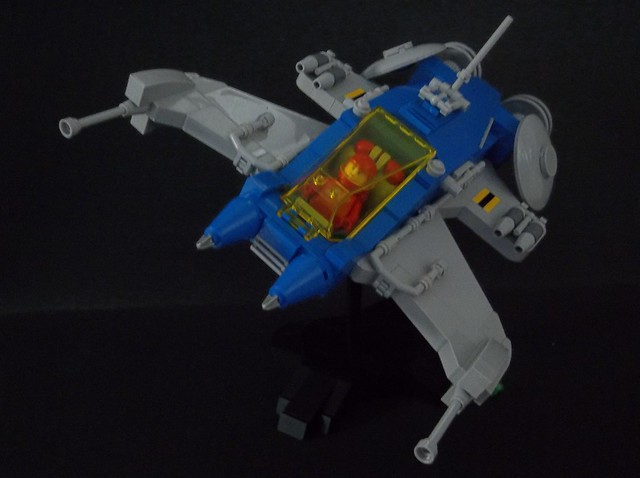 The Auriga-class heavy fighter is a transatmostpheric attack craft of the Galactic Federation. Named after the ancient Terrestrial constellation depicting a charioteer, one of the distinguishing visual identifiers of the Auriga is the pair of disclike force shield generators located aft.

It is not every Federation fightercraft that is large enough and has a powerful enough energy plant to operate a force shield generator of this size, let alone mount two of them, and it is this dual shield and its power requirements which make the Auriga so comparatively large a fightercraft. Indeed, Hoplite was considered as a class name, but this would have broken with Federation tradition of naming fightercraft after Old Earth constellations. 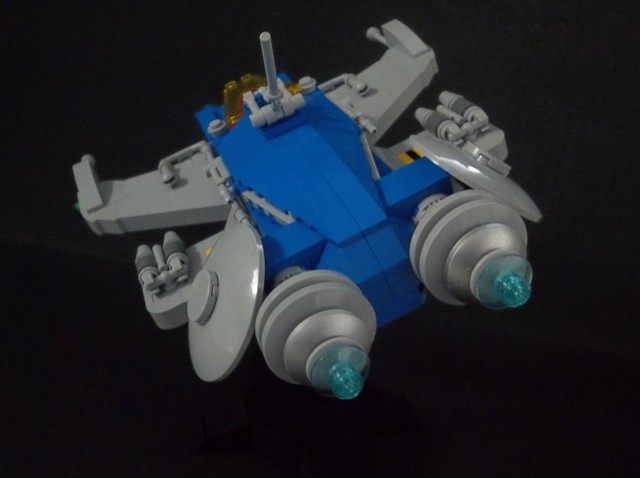 The Auriga-class is sparsely armed for all its well-protected nature, but the weapons it does possess are relatively powerful. A pair of 10cm laser cannons form the primary weapon system; these are considerably more powerful than the 5cm mounts usually found on fightercraft, but there are only two of them. Backing these up are up to four standard small-craft torpedoes, usually Mark 7s with proximity-fused plasma warheads or bomb-pumped laser warheads, though occasionally a mix of Mark 7s and Mark 11 Electronic Warfare torpedoes are carried. 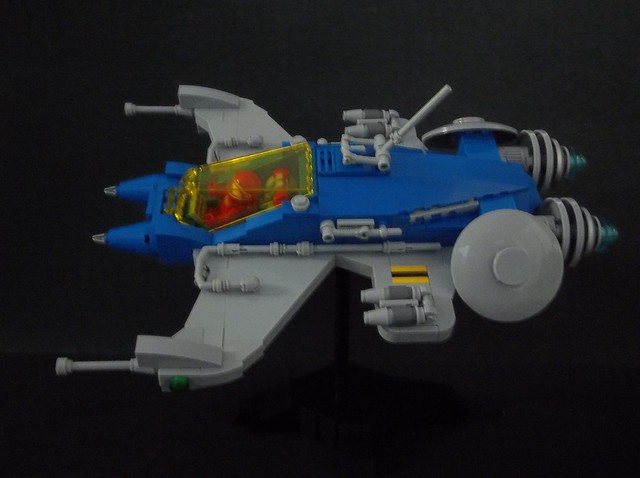 The Auriga-class is less manoeuvrable than many pure-space fightercraft designs, but has the advantage that it can freely enter the atmosphere. Auriga squadrons have been known to take advantage of this by entering the outer atmospheric layers of gas giant worlds to hide and ambush aggressors like space pirates or the Blacktron Alliance. 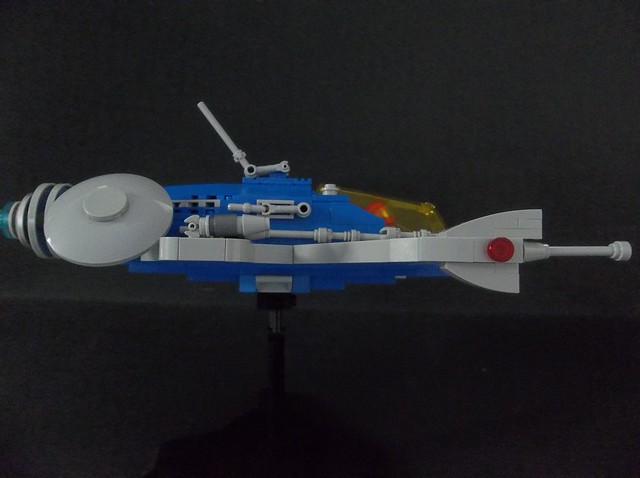 Something of an homage to the old Minbari Transport from 1990s TV show Babylon 5, my Neoclassic Space version is necessarily smaller but has the same sort of overall shape.

I liked Babylon 5, and I remember the Minbari ships in particular with much fondness. Their transport was almost pedestrian-looking beside their vertically-oriented angelfish-like cruisers and trilaterally symmetrical space fighters, but it still had the same sweeping curves and flowing grace. Compared to the ugly box ships that the human race flew, the Minbari showed you how it’s supposed to be done. 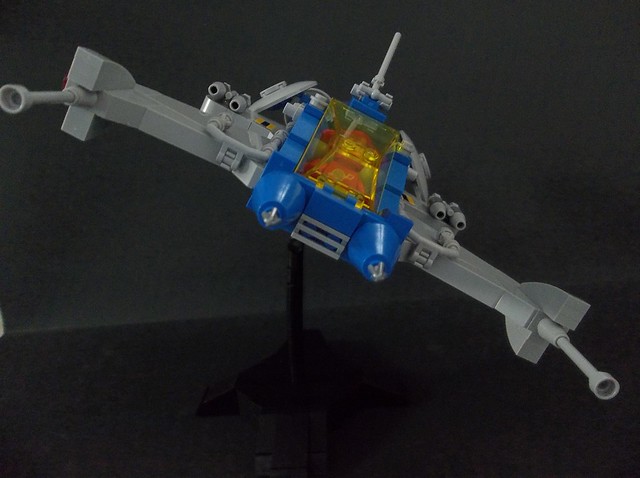 There are some obvious differences, notably the prominent trans yellow windscreen and general Classic Spaceity, but that was the original source of inspiration. I hope you like my adaptation of the basic configuration. 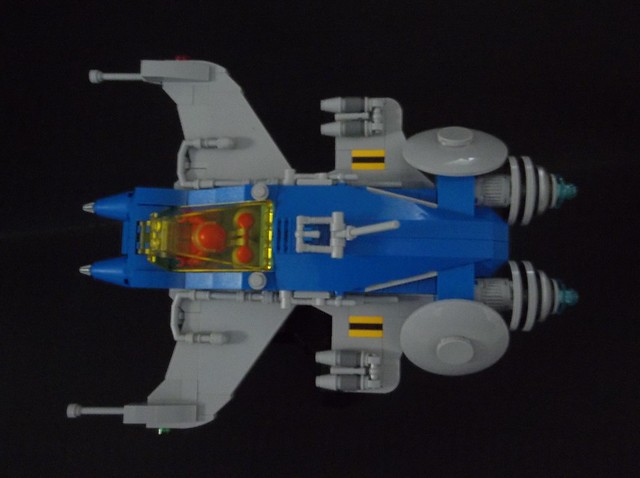