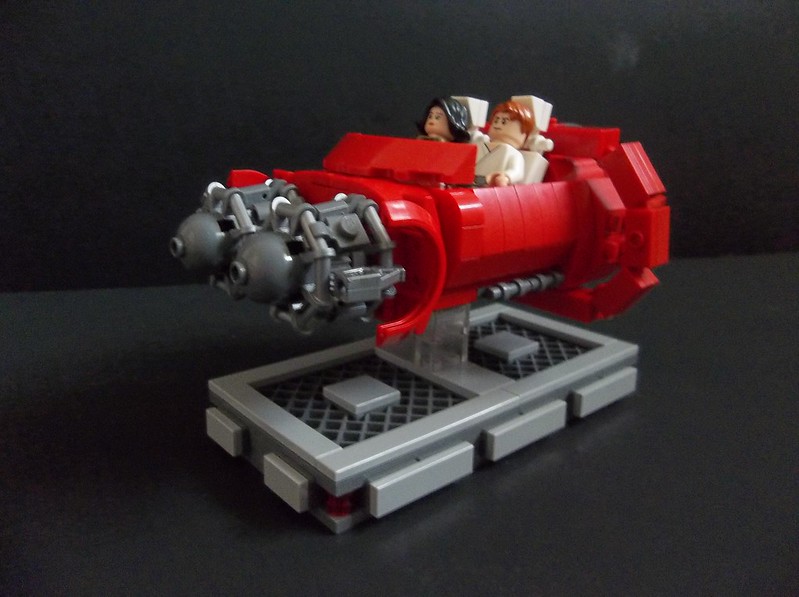 The R17 Colubra speeder, manufactured by Taurus Industries, is a popular open-cockpit twin-seat speeder marketed as a sporty runabout built for the joy of piloting.

Though a low-end model as sportsters go, without the ultrahigh performance engines of something like the AMP Victor or the Orion Cougar, the Colubra’s open-cab design gives a much greater feeling of speed than these closed-cab racers. The popularity of open-cab speeders is analogous to the popularity of open-top models among ancient ground cars; even in rainy areas and on superwet planets like Ambergris and Fluuva there are those who will purchase them. 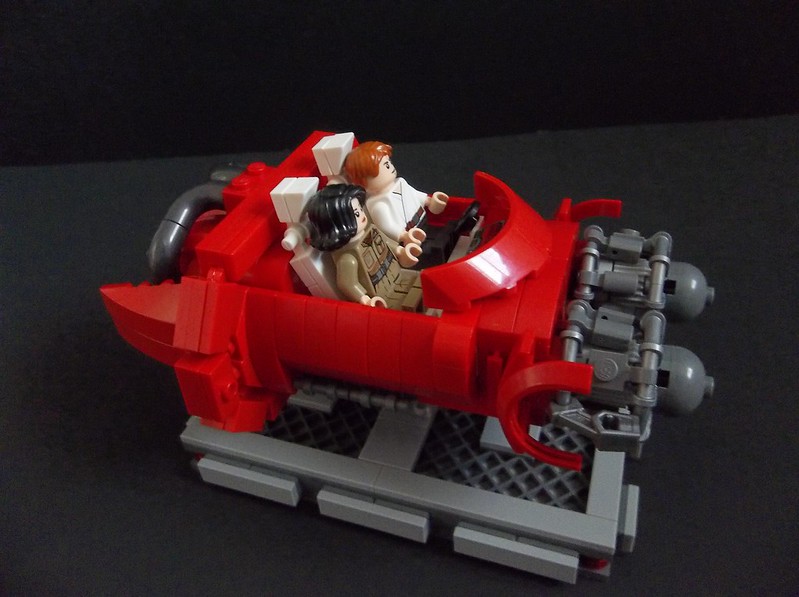 The Colubra’s distinctive feature is its exposed forward engines. Taurus Industries spent a lot of effort developing the SAMUKAI flight engine, and made the decision to have the Colubra’s engines finished and left open. This does produce some drag, but there was a fashion for custom jobs removing the engine cowling and exposing the flight motors at the time the R17 was being developed and marketed. 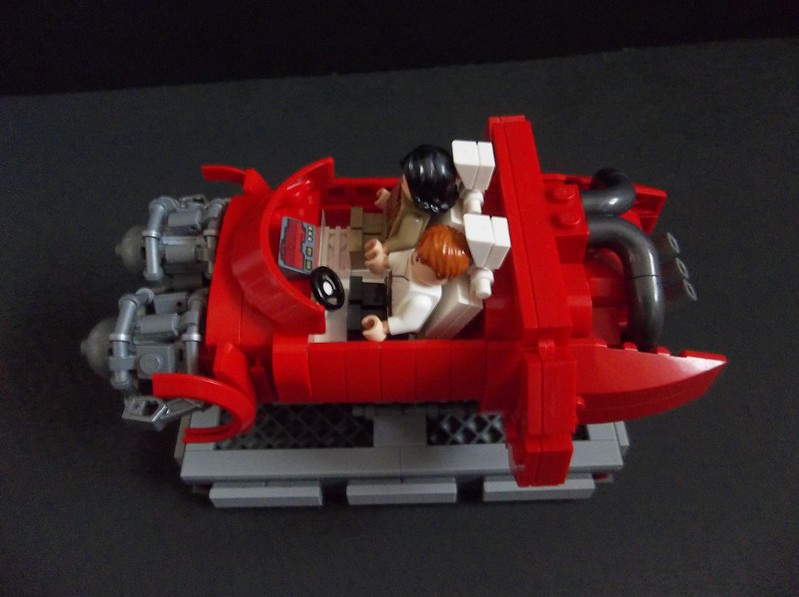 I haven’t built a speeder in a while, nor anything red, for that matter. I thought I’d try my hand at a nice open-top two-seater speeder design. 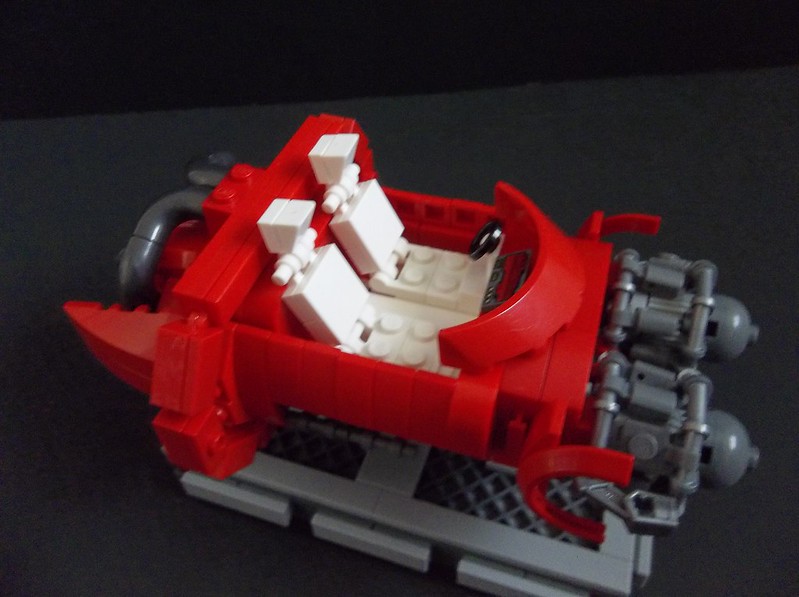 Initially I had some thoughts about trying to build the speeder that Anakin and Obi-Wan pilot in the speeder chase on Coruscant in Attack of the Clones, but yellow. I don’t have huge amounts of yellow, and some of the parts I’d undoubtedly want are in use on Rabbit. Still, I liked the engines I made for that, so I decided to use them in something red. 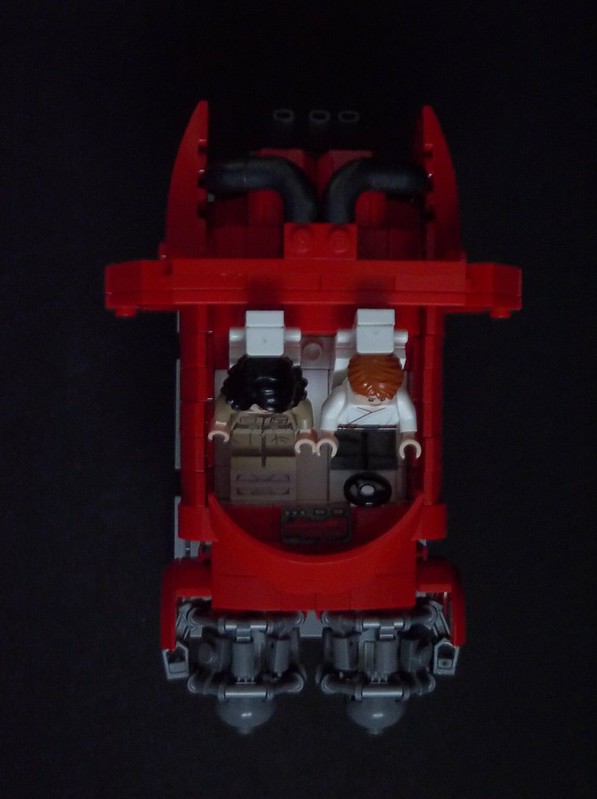 I’m quite pleased with the construction of this; there’s a decent amount of interesting technique and multidirectional SNOTwork for once. I hope you like it. 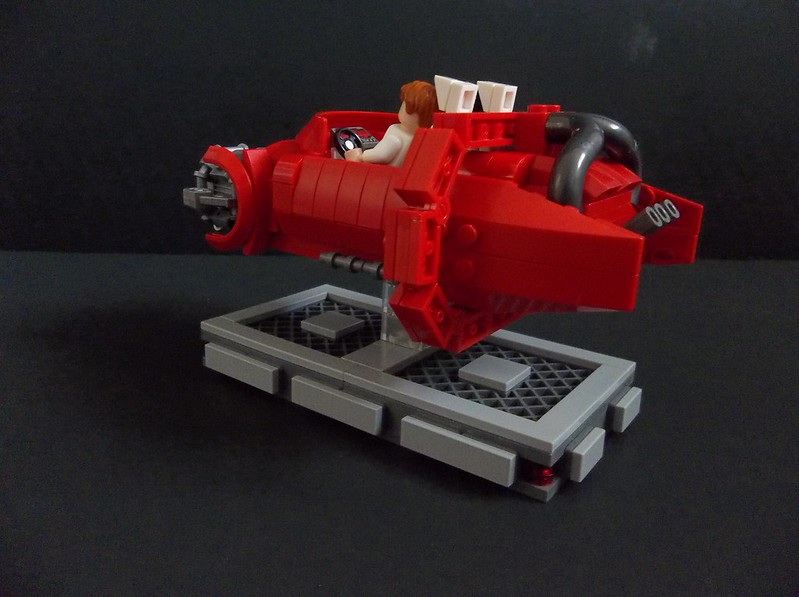