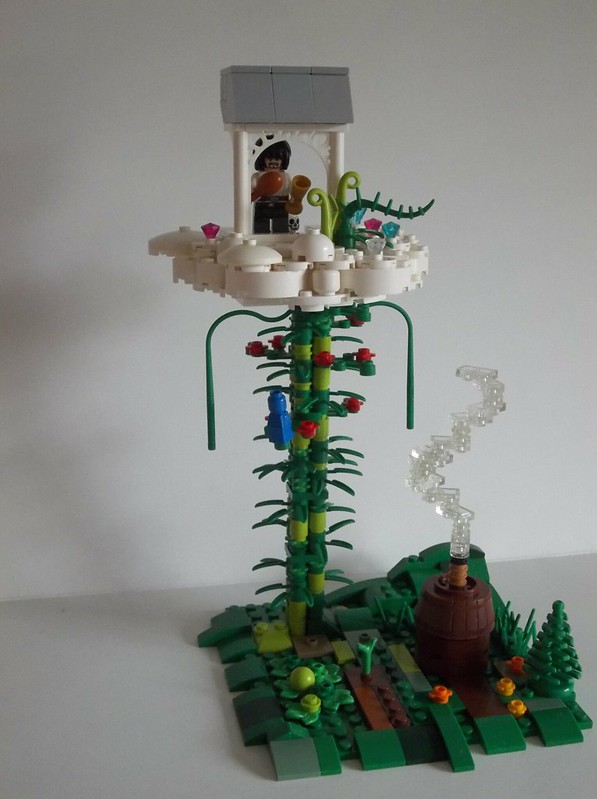 …I smell the blood of a LEGO microfigure!

The fairytale of Jack and the Beanstalk makes a great subject for a LEGO model, but the story itself always bothered me. I mean, Jack’s obviously the hero, and Englishman-eating giants are obviously bad news (though possibly not if you’re French). But Jack is stupid.

I can forgive him being lazy and not liking to work. Who does? I can overlook his ecological vandalism and thievery. I can overlook the fact that the giant (and Jack) are walking around in a house built up in the clouds. But if you think that five pretty-coloured beans offered by a random stranger equal the value of one solid and milk-producing cow, you probably respond to all those Nigerian email scams. 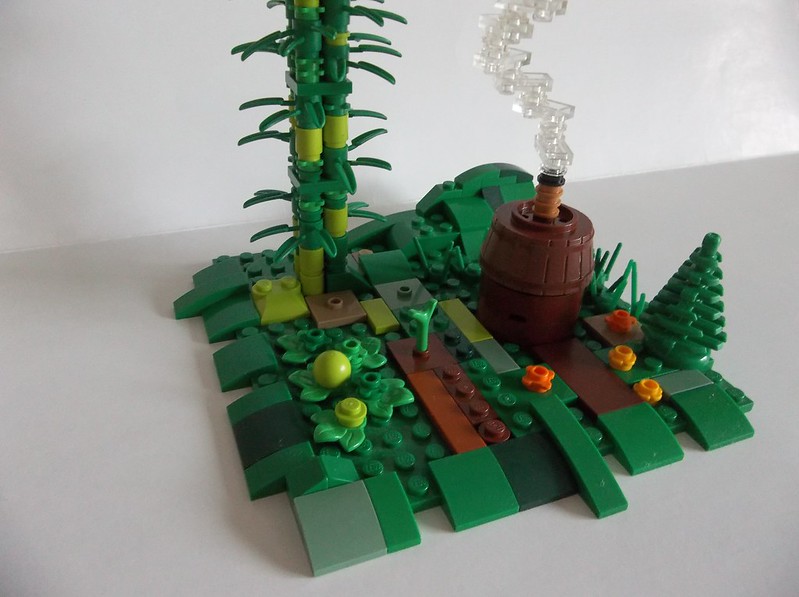 Jack and his mother’s cottage

Of course, this is a typical fairytale trope. The useless-looking magic beans or battered old lamp or what have you are actually the most valuable of things and the key to great wealth – if you have the wit to avail yourself of it. In the real world it seldom works out that way. The mega jackpot winner could be you, but the chances are that you’ve just spent your money for nothing. 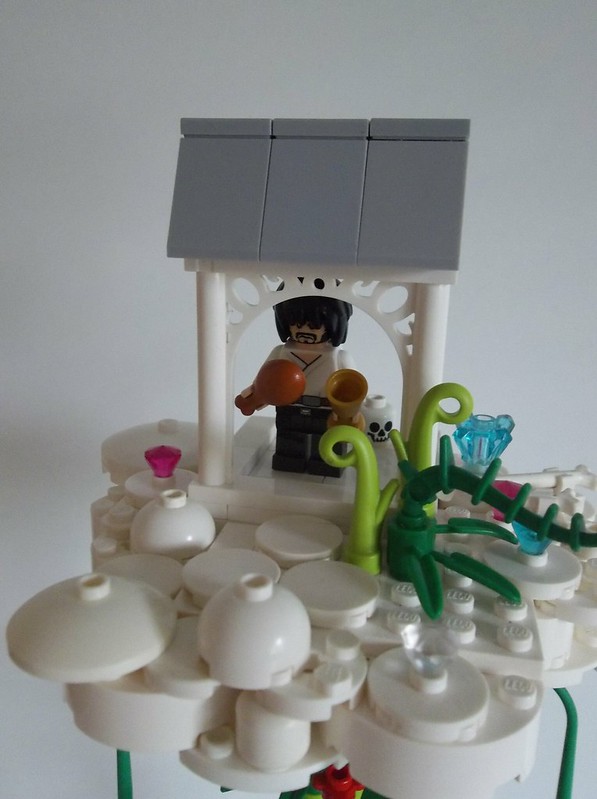 Still, the beanstalk makes a nice subject for a model, and I’ve actually got enough of those bamboo segments that I can build something like this without even using all of them. I broke out the Minotaurus microfigures again for Jack, trying all four available colours. Blue seemed like the best colour at first, tying into nursery rhymes like Little Boy Blue and so on. But it’s not all that visible against the green of the beanstalk. Red is nice and bright, but bean flowers are red, and I’ve got those on the beanstalk as well. Yellow is distinctive, but so many LEGO minifigures have yellow skin that he looks kind of naked. And yellow just isn’t a very Jack the Giant-Killer colour. So I tried white, but he’s just close enough to the overhead cloud that it looks weird. Blue it is, then. 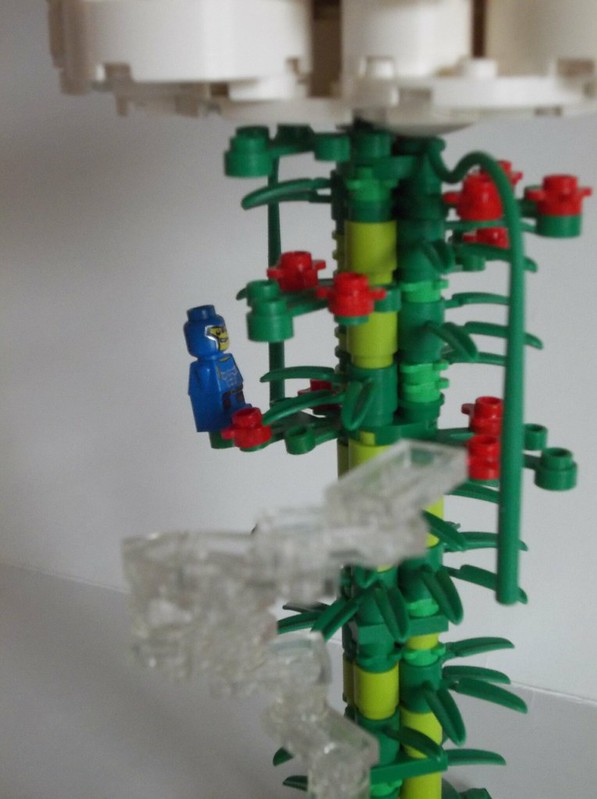 I may do a whole series of fairytale builds, if I can think of enough that haven’t been turned into Disney films. And that’s not as easy as you might think. 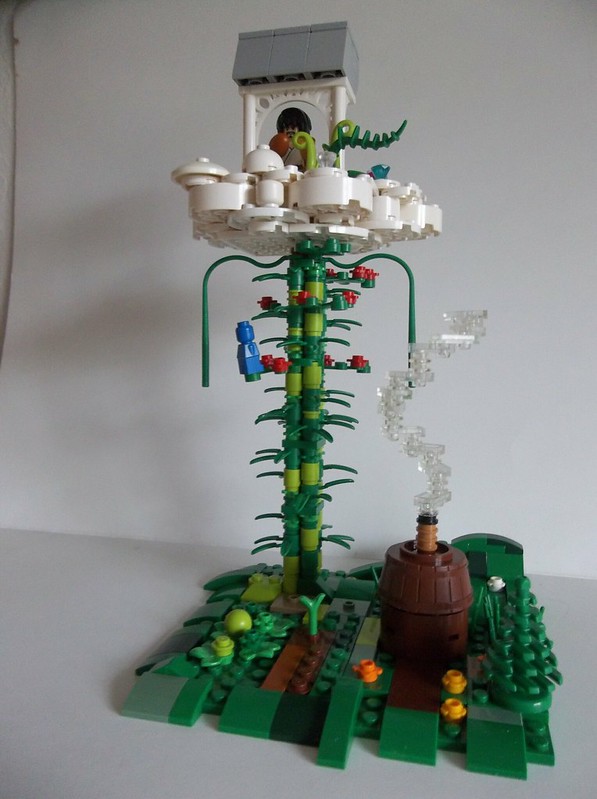 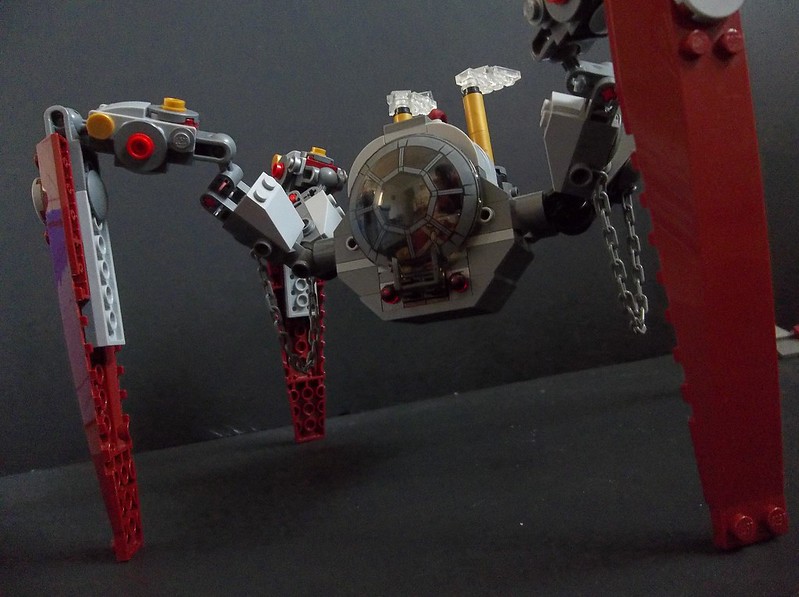 An older design of steam-driven Imperial mech, the Twin Iron Engine fighting machine has been largely relegated to colonial use in Her Imperial Majesty’s interplanetary possessions since the introduction of the Turreted Assault Neutralisation Cruiser (“TANC Walker”).

In its heyday, it was one of the primary fighting machines of the Empire, holding its own against older walkers of the Sultan, the Kaiser and the Tsar. Since the advent of gun-turreted walkers like the Imperial TANC and the Sultanate’s Qızılbüyü, however, the forward-firing fixed armament of the Twin Iron Engine walker has been shown to be a severe disadvantage in an armour-versus-armour battle. 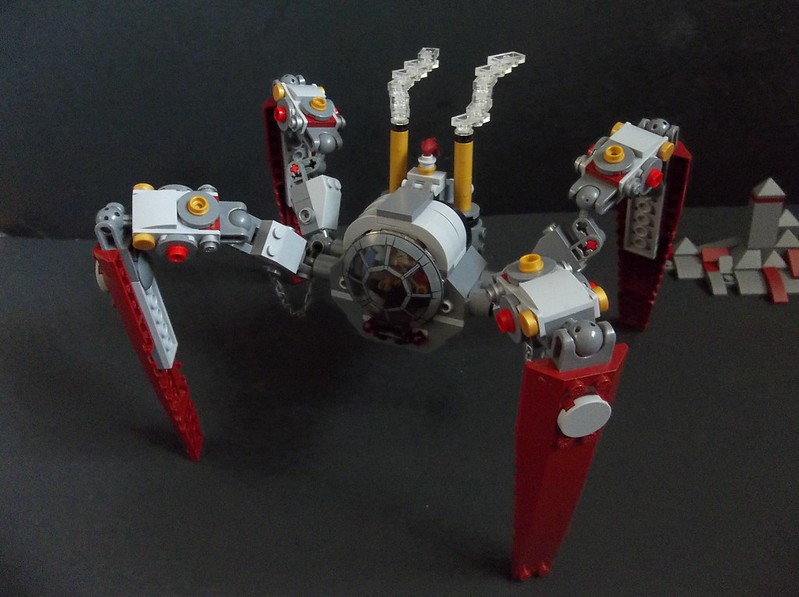 In the interplanetary colonial situation, however, mechs and walkers are more often employed against restless natives or raid-level incursions of foreign sepoy troops than in the set-piece battles of the Imperial heartland, and the twin medium-calibre thermophoric cannon of the TIE fighting machine are quite sufficient to most threats; the one serious exception being the War Tripods of the Ul-Gzan. 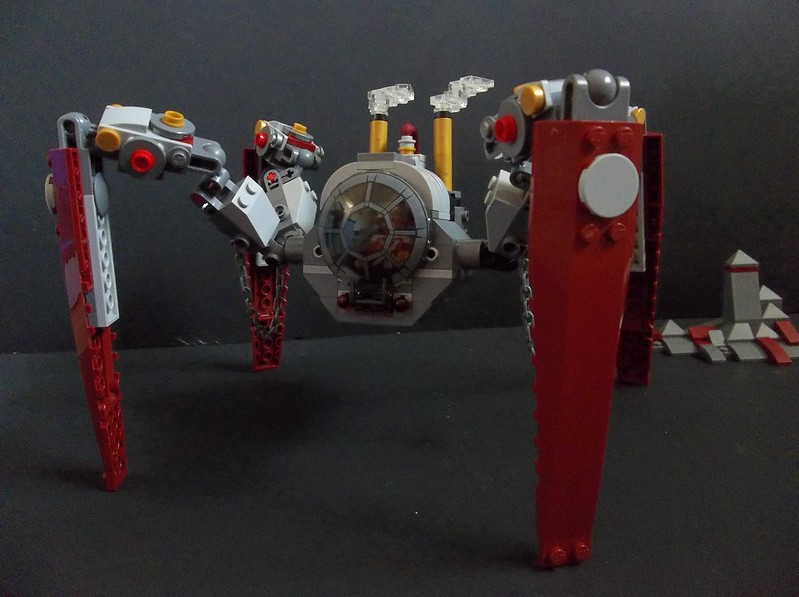 Ul-Gzan tripods are powered by ancient Martian crystal technology; the rechargeable energy crystals of the lost Martian super-civilisation which none can now duplicate but which many Martian native races still use. Crystal technology is in some ways more versatile than human steam power, but it can be unreliable, and if the crystals’ energy gets depleted beyond a certain limit the crystal can become resistant to recharging rendering it effectively useless. Steam, on the other hand, is easily generated with water and a heat source, and far more reliable, so while the Imperial Society of Engineers has done some experimentation with crystal power, steam is still the primary servant of the both the Imperial military and human civil agencies. 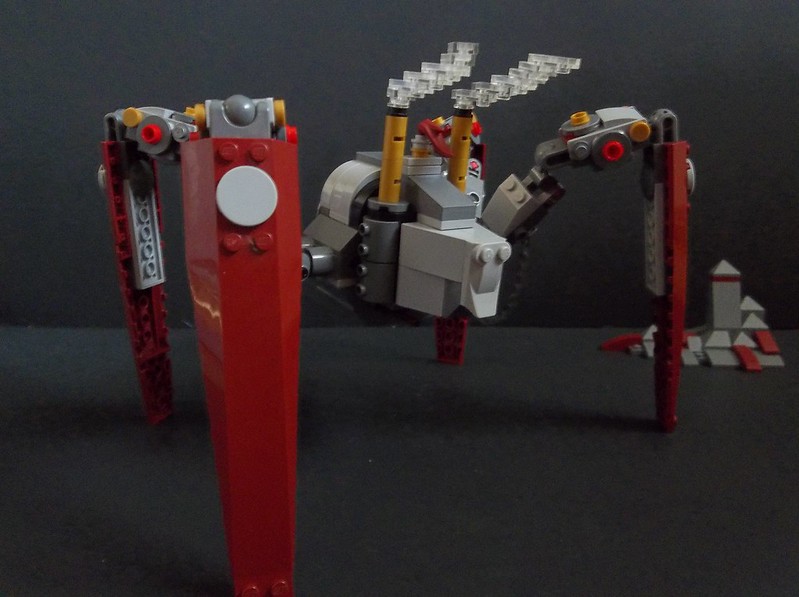 There have been numerous variations on the Star Wars TIE fighter theme. Box-standard TIE fighter. TIE bomber. TIE Advanced, which was probably the prototype of the TIE Interceptor. TIE Striker. And moving into the Extended Universe, TIE/D droid fighters, TIE Crawlers (of at least two varieties, both of which suck) and probably TIE Submersibles and TIE Rock-Borers as well. Then there are the very cool steampunk TIE fighters many other people have built.

I decided to merge the two ideas and build a steampunk TIE walker. 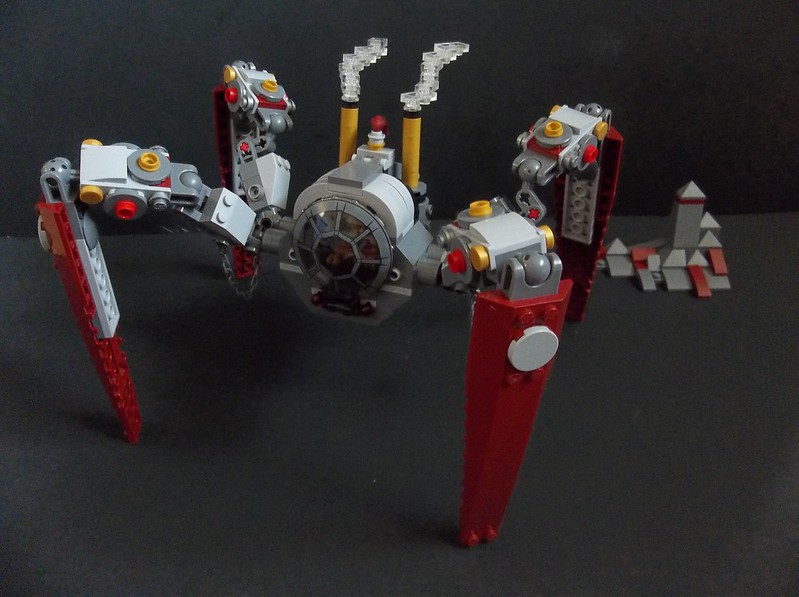 “Twin Ion Engine” makes no sense for steampunkery, though, so I played around with the name just enough to be vaguely sensible for steam power. And voila.