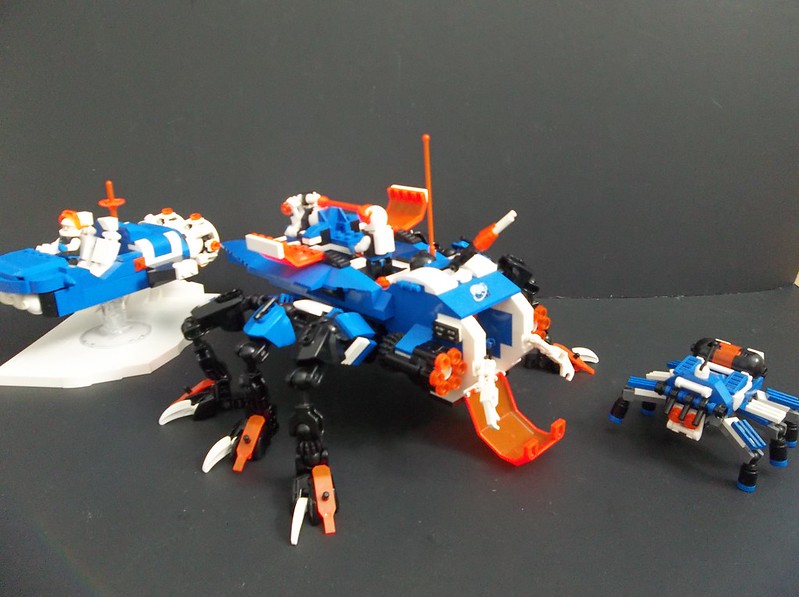 The Ice Planeteers had (proportionally speaking) quite a lot of surface vehicles in their single year of existence as a theme, but no mechs. This was back in the day, mind you, before the advent of CCBS and balljoint elements, and making reasonable legs was really hard. 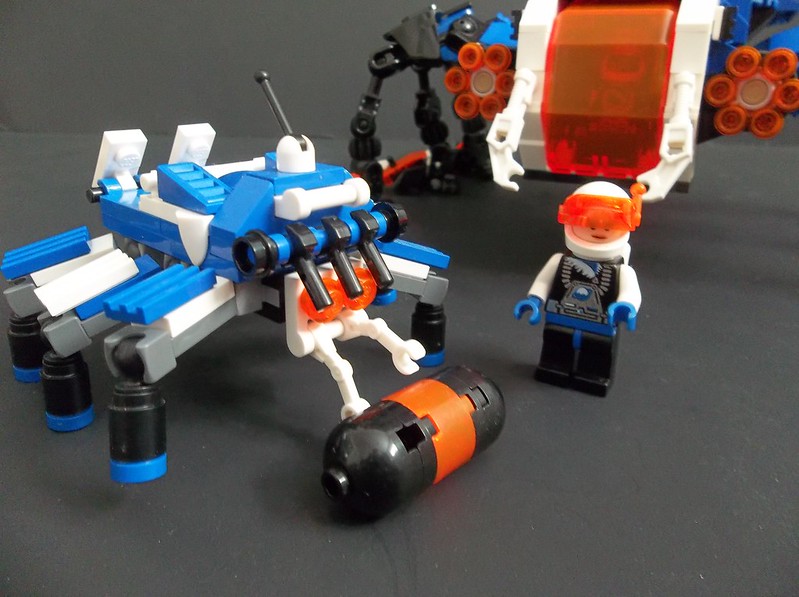 I actually started out with the smaller “Snowbug” robot, building it as a vaguely AT-TE-inspired microscale. Something the size of a building that could transport the heaviest equipment across the frozen worlds of the organisation’s mandate.

Then I decided to see if I could scale it up at all. 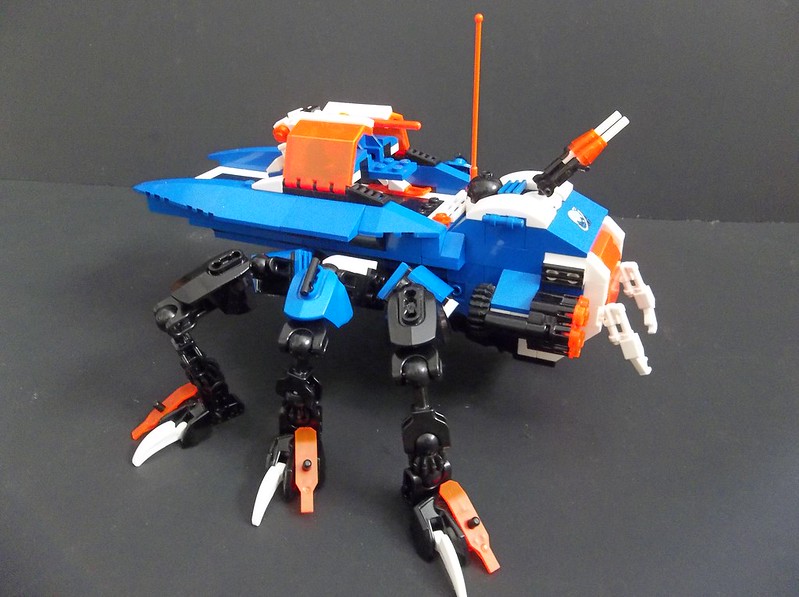 Knowing I wasn’t going to be able to build a vehicle even remotely as big as I’d envisaged (3-6-crew cockpit, ½ plate height = approximately 6 feet), I felt free to adapt the basic design while keeping with the overall beetle configuration. 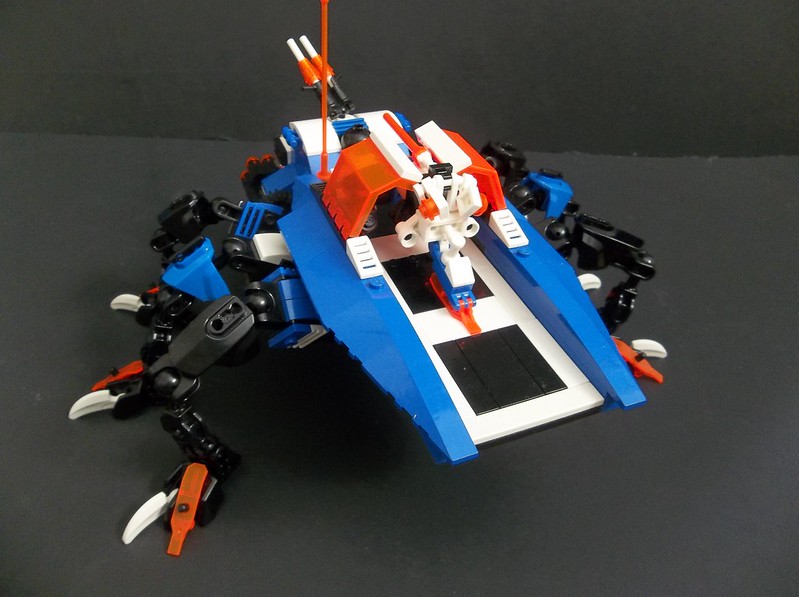 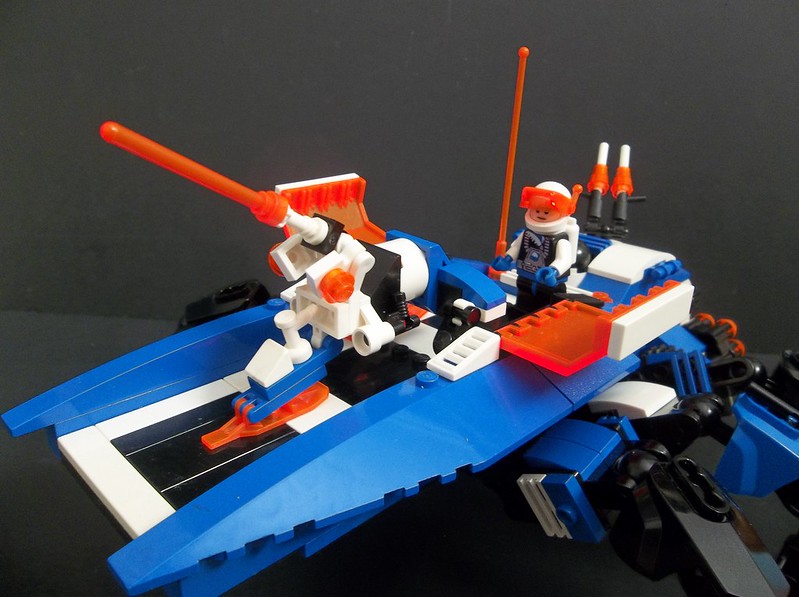 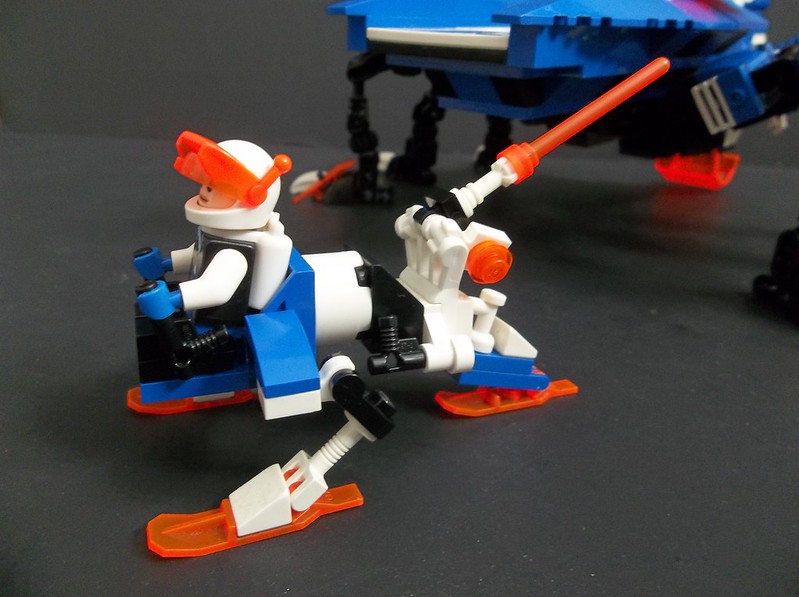 One of my better small Ice Planet vehicles, I think

The resulting ice bug can transport a small ski rover on its rooftop flatbed pallet, adding a nice element of playability. There’s only room for one of the two crew I’ve provided it with in the cockpit, unfortunately, but it does have those rotary shooters as well as the poseable legs and deployable ice rover. 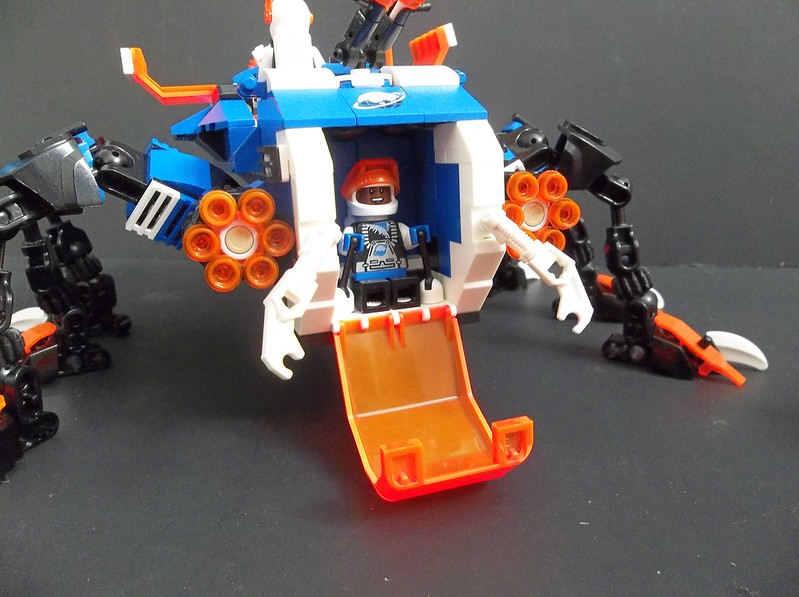 The final element of the overall setup is an ice speeder I built a week or so back but never posted here. My neo-Commander Bear figure (Commander Cold Bear’s body with Old Obi-Wan’s head for the flesh skintone I typically like to use) is driving, now that I actually have the Ice Planet commander figure. 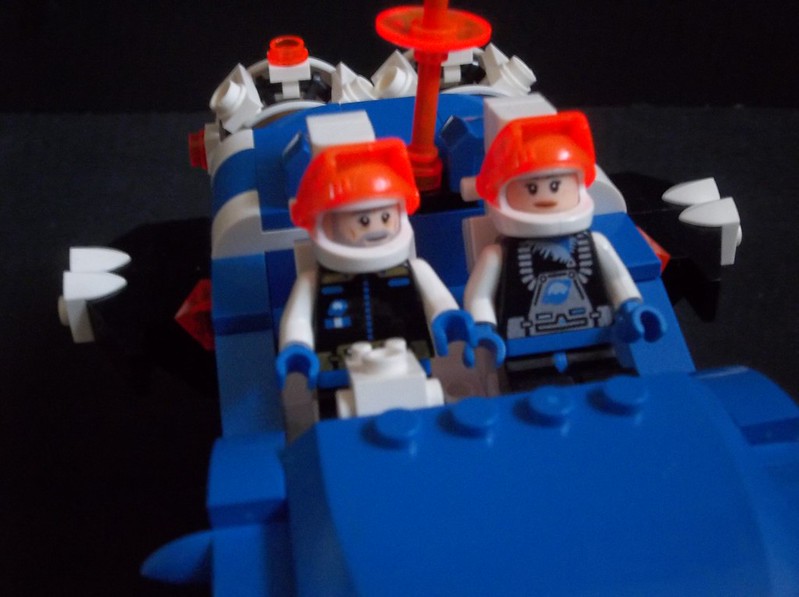 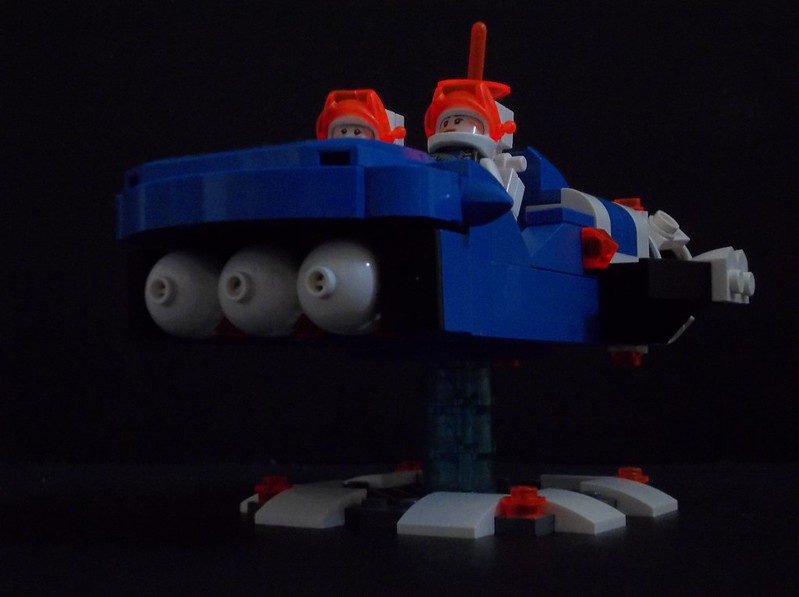