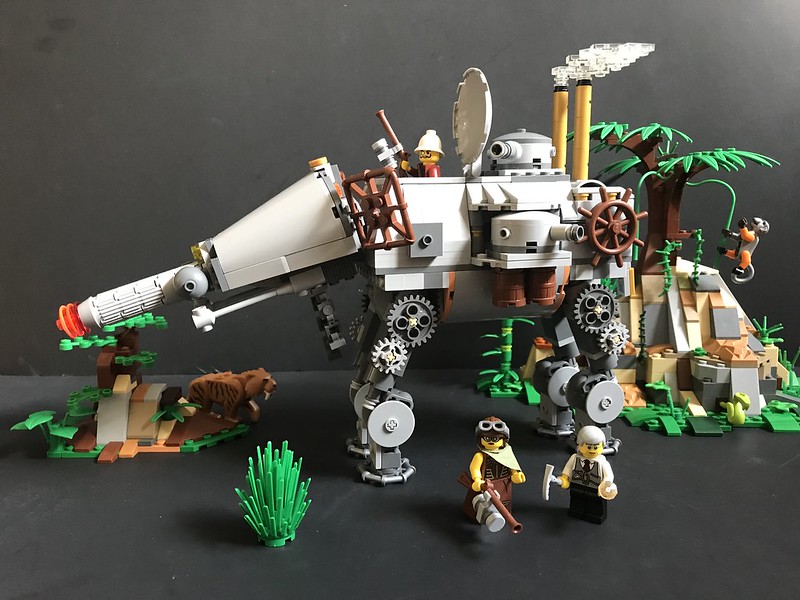 Did someone say “steampunk mecha-elephant”?

For once in my steampunkery, I’m actually not invoking the planet Mars.  Okay, the mechaphant has a heat-ray or other type of steampunk ray-gun for a trunk, but we can do this without having to go to Mars.  As the song says: “Got my ray gun and a cup of tea in hand”. 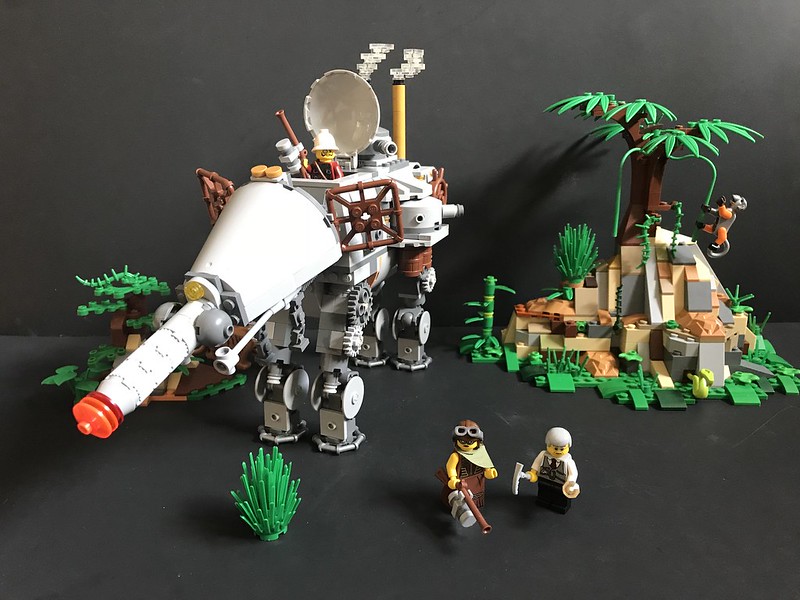 Given the presence of a sabertooth tiger lurking in the undergrowth, they are probably somewhere a bit like Conan Doyle’s Lost World.  Apparently on a steampunk safari you get really exotic big game.  I also don’t actually mind having to use the robomonkey from Ninjago Skybound.  I don’t have access to any regular monkeys, but since my elephant is a mecha it doesn’t look out of place. 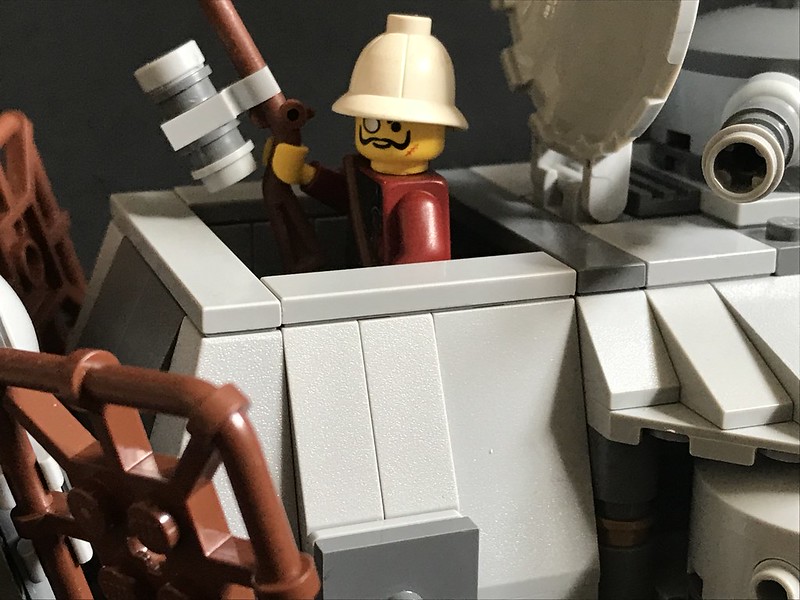 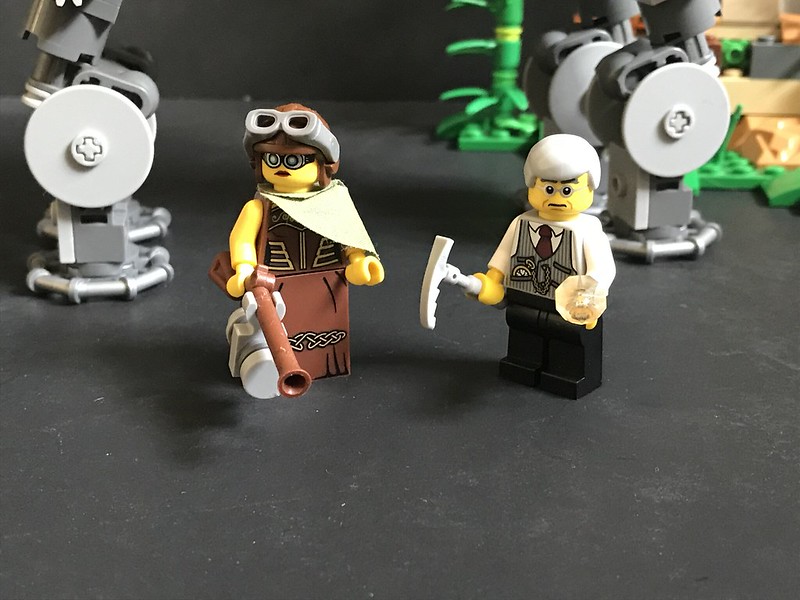 The build was actually inspired by a hero card from the app game Legendary: Game of Heroes.  Tangentially, anyway.  Their Ultra Ivoire was a full-on high-tech droid, whereas I decided that the Mighty White Hunter doing their thing from atop a howdah was such a 19th-Century trope that it naturally lent itself to steampunkery. 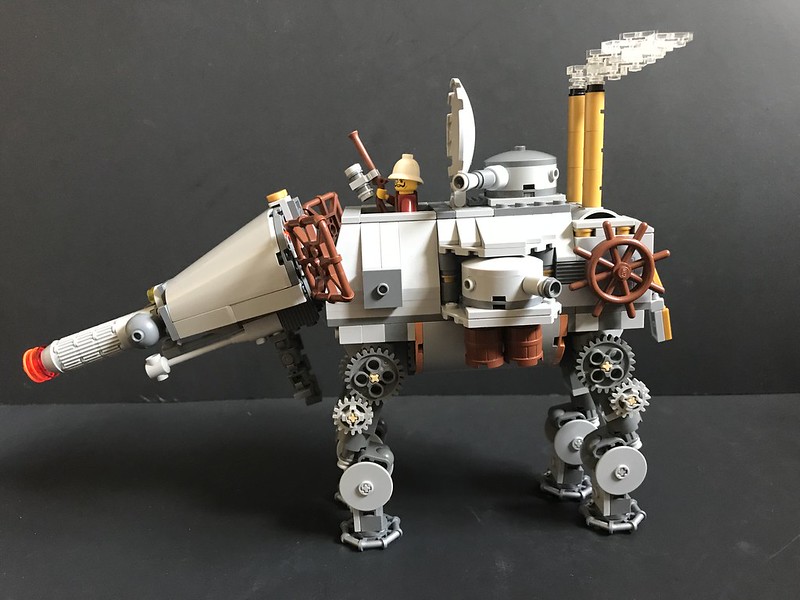 I’m at least as pleased with the scenery as I am with the actual mechaphant, though.  That’s one of my better trees (and the first time I think I’ve used those palm leaf elements in a MOC), and some of my best rockwork yet.  And while all the bits of scenery are way too brick-intensive and complex to be much like anything you’d find in an official set, the overall impression really does seem to be of sethood.  Which is rather amusing, really.  For all of my AFOLhood and SHIPs and complex techniques and inverted mirror-universe takes on Classic Space, I still tend to think in terms of set design. 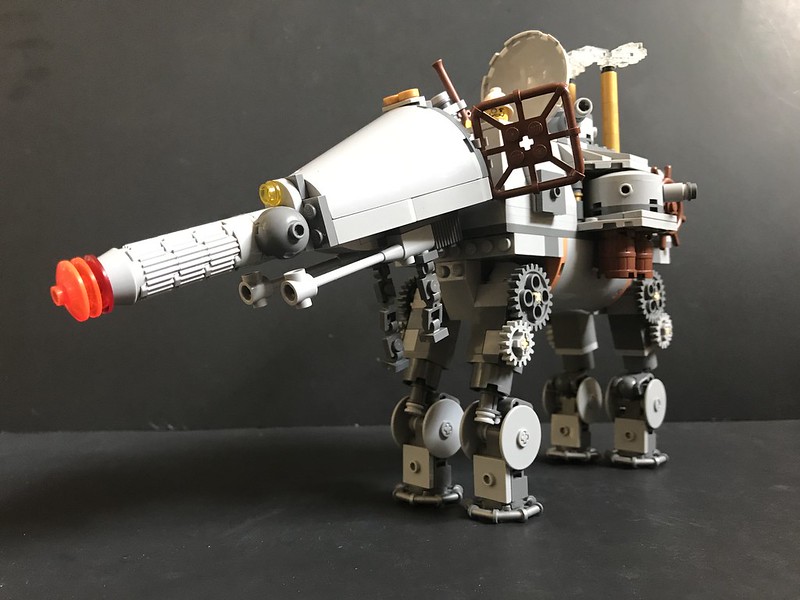 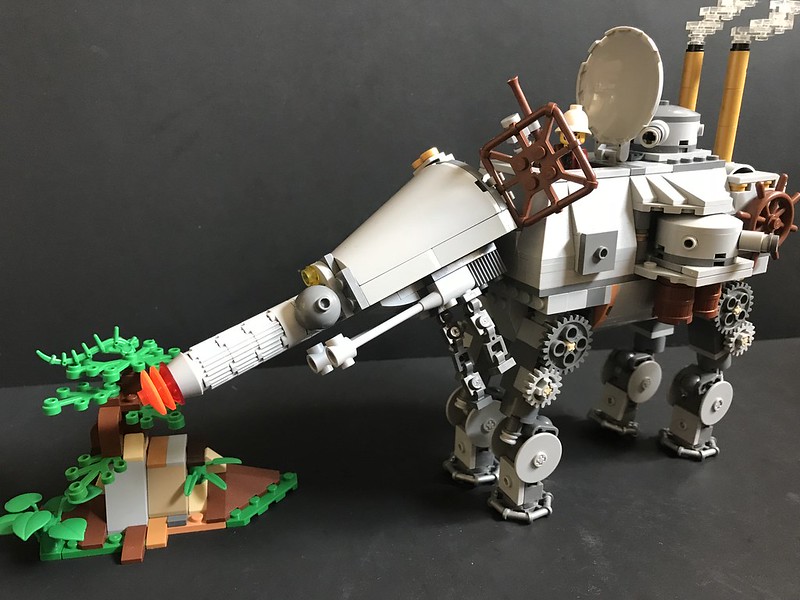